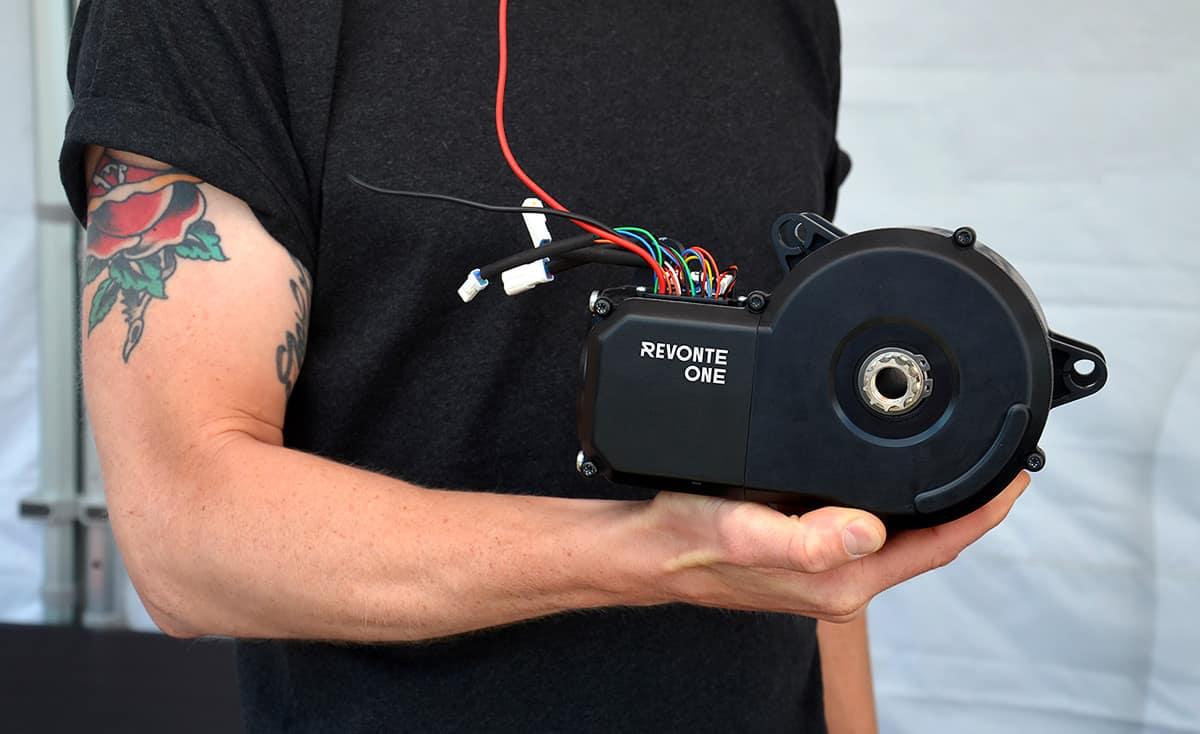 E-bikes are inherently heavier than their oxygen-powered siblings. There’s no going around the fact that the drive unit and the battery which holds the energy stores for propulsion add weight to the bicycle. When it comes to ride-characteristics, total weight does matter, but how it is placed on the bike is at least as important.

Bicycling has a long and complex tradition with weight. Almost the moment since the first racing bicycle was brazed together, another race began to make the frames and the rest of the components as light as possible. This led to a century-long diet that produced clever designs, pushed the development and use of new materials and also outright contraptions, like bikes made of “drillium“. UCI, the governing body in road racing, put a limit to the tomfoolery by mandating a weight limit of 6.8kg for the bike to be eligible to be raced on.

The obsession with weight – or the lack of it – has had its effects to this day in the bicycle industry. No other single metric can be evaluated as quickly as the number on the scale; the lower the figure, the better. The same simple logic can’t be applied to any other feature or part of the bike, take wheel size or the complex matter bicycle frame geometry for example. Weight has been an easy target that everyone could get a hold of and announce their verdict on.

Make no mistake, the power to weight ratio does matter. In the World Tour level, it is possibly the most accurate factor to predict who is going to stand on the podium. E-bikes are ridden under the same laws of physics, but as one will soon learn there is quite a bit more the matter.

Weight of An E-bike

A regular commuter bike weighs around 13-15kg, depending on the accessories like mudguards, panniers, and so on. A high-end full suspension mountain bike tips the scales at 11-15kg, depending on the riding discipline. A light cross-country racer can be sub 10kg when a gravity-focused rig can weigh as much as 16kg.

The addition of electric assistance adds approximately 8kg’s to the bike which is divided somewhat equally between the drive unit and the battery. A capacity of 625Wh can be considered as a standard for a high-end battery which usually comes with a weight of just under 4kg. The bigger the battery, the heavier it is. Therefore, batteries with capacities larger than this often weigh more than 4 kg.

With elementary school level mathematics, the total weight of an e-bike is north of 20kg, with the assumption that a full-sized battery and drive unit are used. Adding a bit of mass to the bike does provide some interesting effects such as a more stable ride behavior and better suspension performance in e-mtb’s to the extent that top times have been ridden with e-bikes in downhill sections which require no pedaling! It goes without saying though, that climbing an uphill is a task which is preferred to be done with the electric assistance turned on.

A number on the scale is not all when it comes to weight. How the weight is distributed is a big factor. The mid-drive is the leading solution when it comes to drive unit construction since the weight is placed in the best location possible, low and centered. The Revonte ONE Drive System takes this a big step further by including the gears inside the drive unit as well – a feature no other drive unit on the market currently has.

Derailleur-based gears have been the sole option in performance-focused bicycles for decades. A case can be made that what functions well in traditional bikes might not directly apply to e-bikes. This is especially true when it comes to gears. Derailleurs, cassettes, and the thin chains used to transmit power to the rear wheel are not up to par for the task when an electric drive unit is added to the drivetrain. Premature chain and cog wear is evident in e-bike use, not to even mention the dreaded snapping of a derailleur hanger which can ruin the entire rear wheel; a nightmare scenario which has plagued cyclists of all types since the advent of derailleur.

The Revonte ONE Drive System removes the derailleur and the heavy cassette from the back and eloquently includes them inside the drive unit, bringing all the weight in the best possible location. The effects can be noticed even by picking the bike up. A back-heavy bike feels as if the rear tire is glued to the ground, no matter how much effort is put into lifting the bike up. The ride-characteristics of such a bike are not much better since it can produce a feeling similar to riding with a trolley.

A center of gravity which is low and in the middle of the bike produces superior ride characteristics, no matter the type of the bike. Some of the most notable benefits are improved cornering characteristics, even traction on both tires, more stable and even planted feel. A neat side effect is that the suspension qualities are vastly improved in high-end e-mtb’s since part of the designing tuning is minimizing the unsprung mass (the parts that move when suspension moves, e.g. wheels and what is attached to them). Revonte ONE Drive System does just that by eliminating the derailleur and cassette from the rear wheel.

The bicycle industry has been traditionally nearly obsessed with weight. The logic has been that if it is lighter, it surely must be better. The advent of e-bikes has changed this in part by bringing some common sense to the table, but also by changing the nature of how propulsion is produced.

With e-bikes, the power to weight ratio isn’t nearly as critical as in traditional bikes since there are literally watts to spare. This means that the bike will move swiftly in every situation and terrain and a difference of a couple of kilograms is barely noticeable. The sophisticated control software of the Revonte ONE Drive System further enhances the ride experience with its automatic and stepless operation.

Every type of e-bike will benefit from the supreme weight distribution and robust drivetrain construction of the Revonte ONE Drive System. Our drive system is not only the smartest around when it comes to software, but also in construction and placement of the mechanical parts.