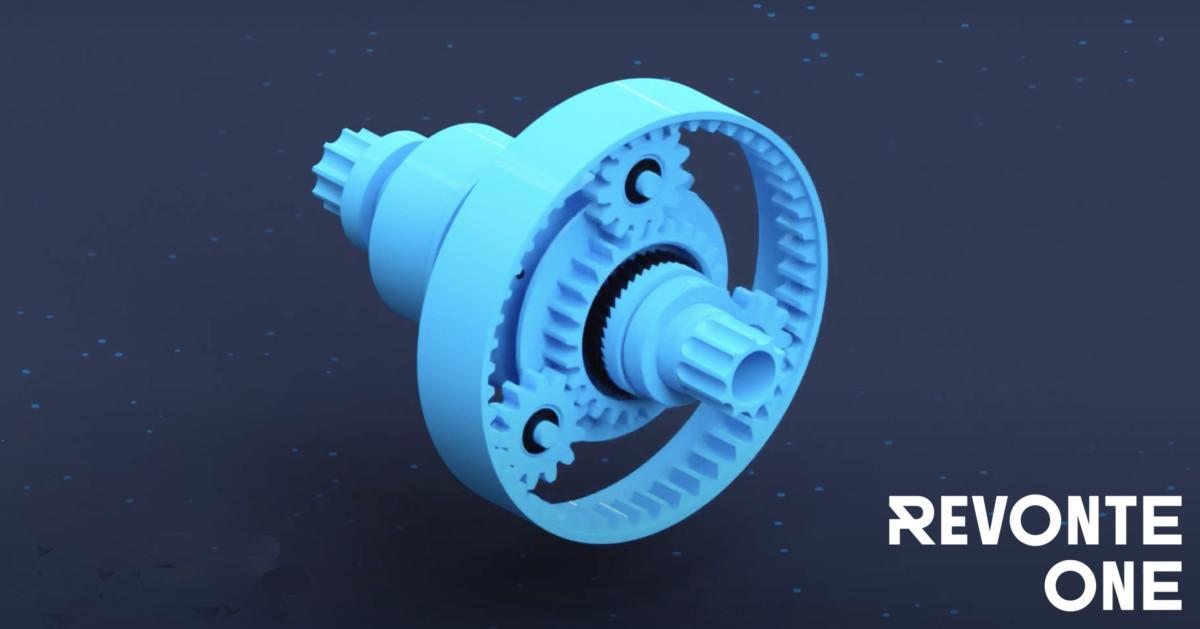 How does the Revonte ONE Drive System actually work?

That’s one question we get asked – a lot! The functioning principle behind our drive unit is surprisingly simple. The basic understanding can be reached rather quickly, even if one does not calculate gear ratios as a leisure pastime.

In order to make things more simple, and save time on both ends – yours and ours – we made a video that takes a deep dive inside the Revonte ONE Drive Unit. With the aid of some neat animation work, one part of the

How a complex transmission and an e-bike motor can be fitted in such a small package? Watch the video to learn more!

If a written version is your preferred format in learning new things, a text version with some illustrative photos can be seen below.

In a typical transmission system, a lot of gear pairs are needed to provide a wide range of gears found on a modern bicycle. Until now, this has been accomplished by running one or more sprockets in front and a cassette in the rear which can have up to 12 sprockets. In the Revonte ONE Drive System, the whole complex array of sprockets has been replaced with simple planetary gear.

In a typical planetary gear system, the ring gear is stationary while the sun and planet gears are free to rotate. This type of arrangement provides a fixed gear ratio.

In our system, all three parts of the planetary gear system are free to rotate, including the ring gear. Thanks to this, the Revonte ONE Drive System provides a continuously variable transmission which is unprecedented in the bicycle world. The same technology has been used with a proven track record in automotive and industrial applications.

The ring gear (the big ring with the teeth on its inner surface) is connected to the chainring, and thus the cranks. The power produced from the drive unit and by the rider is transferred to the back wheel by a chain or a belt.

The planet gears are connected to the pedal axle with a clutch mechanism, which enables independent function between the two, and consequently engagement when pedaling.

The sun gear is rotated by the electric motor.

The secret sauce behind the Revonte ONE Drive System is found in the planetary gear and how its configured to the electric control motor. When the control motor is idle (e.g. it does not rotate), the drive unit runs on its lowest gear.

The assistance motor is connected to the ring gear, and thus also to the chainring.

Thanks to the unique construction and the two electric motors, the Revonte ONE Drive System can double the rider’s power output and torque! On top of this, the peak outputs can be reached starting from 0rpm, which is especially beneficial for steep hill starts or cargo e-bike use, for example.

Now you have a basic understanding of what’s happening inside the Revonte ONE Drive Unit, and we hope the video, and the accompanying text managed to satisfy your curiosity.