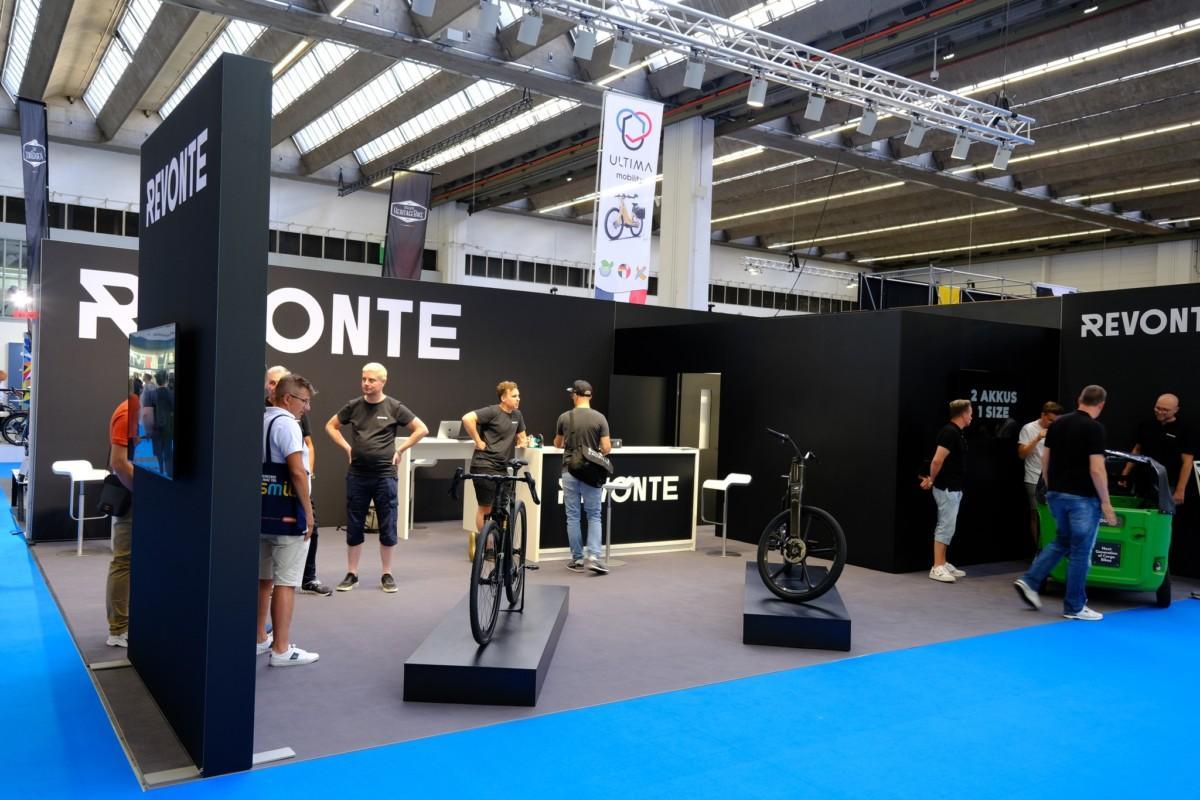 Eurobike is the premier show that connects professionals in the bicycle industry across the globe! The 2022 edition was a special one for several reasons, one of them being that for the very first time the show was held in Frankfurt. We took part, of course. Read further to see what went down during the show, and what’s to come!

We had a booth booked in Hall 8 which turned out to be the central location when it came to e-bike drive system manufacturers. On top of that, numerous manufacturers specializing in batteries, remote controllers as well as full e-bikes had their booths located in the very same hall.

Besides having a stand showcasing our drive system, and bikes from our close partners we also sported an outside booth conveniently located along the test ride route. The booth acted as the base of our test bike fleet.

Just as in the previous years, the Eurobike Show was a joint venture. We had bikes on display from our partners such as Lavelle bikes, the Italian powerhouse MV Agusta, and Ouca bikes – a new and rapidly growing cargo e-bike manufacturer from Finland.

Every single one of the bikes on our stand could have been the guiding star of the show! The P2 from Lavelle bikes with its futuristic design and immaculate carbon craftsmanship had eyes locked into it throughout the week. The very same can be said about the courageous and stealth-looking gravel ebike from the prestigious Italian motorbike manufacturer MV Agusta. It is worth noting that both these bikes employed a single-sided asymmetric rear triangle and a Gates carbon belt drive.

Last, but certainly not least was the Ouca Transport cargo e-bike with its distinctive, but first of all practical design. Ouca Bikes have designed its lineup for heavy-duty use while still maintaining the light, and even effortless ride feel. “Smooth, strong, stable”, as it says on the label!

Below you can find some Eurobike coverage.

And last but not least, is the splendid Lego version showcasing the inner workings of the Revonte ONE Drive Unit that was on display at Eurobike!

Meetings were had, new acquaintances made, exciting plans drawn, and plenty of test ride kilometres ridden! The feedback from test rides was overwhelmingly positive, and more often than not, the riders who swung their leg over one of our test bikes were impressed. This is a testament that’s been said for a while now; the ride experience provided by the Revonte ONE Drive System needs to be experienced first-hand.

Most importantly, the feedback was the same no matter what type of bike was ridden. The Ouca Bikes test bike received just as good if not better feedback – some of it from very notable players in the field of cargo e-bikes.

The Eurobike 2022 was a big success for us on all fronts! Thanks to the partnership with hGears we are able to ramp up full-scale production soon and start delivering drive systems to our partners.

Stay tuned for more. Big things are in the works.