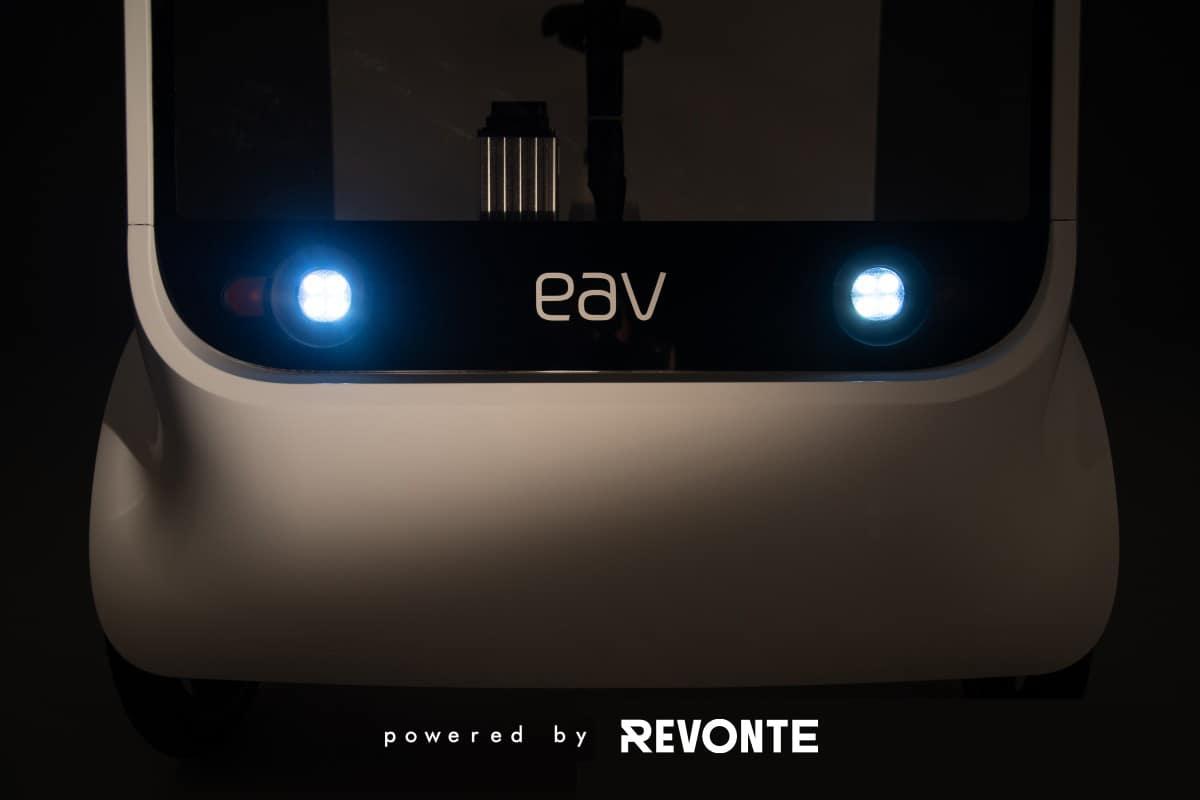 As you might have already heard we have collaborated with EAV – a new generation vehicle production company – with a goal in producing an innovative cargo e-bike by integrating the revolutionary Revonte ONE Drive System into a new type cargo bike platform.

The powerhouse of choice for the upcoming and innovative EAV models will be the Revonte ONE Drive System.

Out of the Box Thinking

The traditional model for cargo bikes includes a bicycle with added cargo-carrying capabilities in the form of a platform or similar construction. EAV has taken almost the opposite route by approaching the design from a cargo van point of view.

EAVans and EAVcabs have the capabilities and features previously found only from motorized vehicle categories, but it still falls under the legislation of normal e-bikes. Besides improved payload capacities, the EAVans bring several benefits from safety and operational point of view.

Despite the hefty appearance, EAV’s models are incredibly light, thanks to a highly optimized design, material choices, and manufacturing processes. Besides the high-tech features, simplicity has been a priority throughout the design process so that the number of moving parts is kept to a minimum to make the EAVans and EAVcabs very robust and low-maintenance.

The highly configurable nature of the Revonte ONE Drive System makes it an excellent match for cargo e-bikes. Heavy payloads require raw numbers in the form of peak power output and torque to keep the bike moving – both of which the ONE Drive Unit possesses. It’s not just about the numbers, though. A first-class ride experience requires just as much brains as it asks for brawn, and this is where the Revonte ONE Drive System truly differentiates itself.

An ingenious mechanical design of the drive unit is enhanced with sophisticated software which is where the magic lays. The behavior of the drive system can be configured depending on the bike model and later fine-tuned by the user via our dedicated app.

A list to summarize why Revonte ONE Drive System is the advantageous choice for cargo e-bikes.

Combining the Revonte ONE Drive System with the modular construction of the EAV line-up opens new areas for the design and use of cargo e-bikes. The potential has been noted not only inside the industry but among the more mainstream media. One such example is a recent feature in the popular Newatlas.com tech site.

EAV is the first cargo e-bike company to employ the Revonte ONE Drive System and among the first wave of e-bike manufacturers in benefiting the many features of the smartest e-bike drive system available.

We at Revonte are enthusiastic to collaborate with EAV to advance the logistical industry by creating a cargo e-bike with unprecedented features. No other solution has similar payload carrying capacities, safety aspects, simple but versatile construction, and forward-thinking feel to it.

In spite of being a relatively new player in the field, EAV has already established relationships with globally operating logistics companies. We are excited to join the journey in turning the next chapter in the logistical chain.