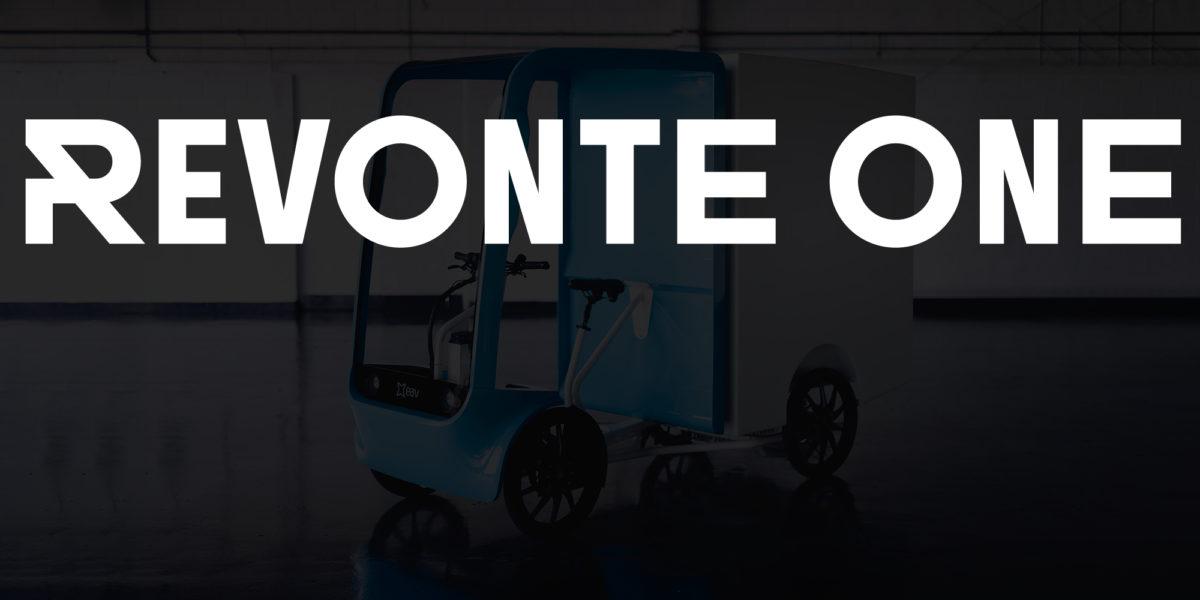 E-bikes are taking an ever-growing share of the bicycle market pie. In a short time span, the electric brethren has evolved from an absurdity into a market drawcard  – and this applies to every type of bicycle. Cargo e-bikes are a relative latecomer to the game, and interestingly this previously niché category is about to rise to the role of a major player in the e-bike industry.

One limiting factor that’s been handicapping the development of this highly potential industry is the lack of competitive drive system solutions – until now. As you can learn below Revonte ONE Drive System is the perfect match for the unique needs of cargo e-bikes.

Read further to learn more and how Revonte ONE Drive System fits into this picture.

Much has been discussed about the logistic chain and especially the last part of it, also known as the last mile phase. What’s the best option to deliver goods, especially small to medium sized ones, commercial and industrial?

A semi-truck? As cumbersome as an elephant in a porcelain shop, not to mention the nearly eclipse-causing diesel fumes.

A delivery van? Definitely a better option than a semi, but the same cons do still apply, albeit on a smaller scale.

A bicycle courier. A worthy and most importantly, a green option, but very limited in capacity.

Do you see a missing piece somewhere in between? The cargo e-bike is the perfect option that fills the void that’s been left between the bicycle courier and a delivery van.

There’s always a trade off between capacity and maneuverability. A freight train has a tremendous payload capacity, but the manoeuvrability is limited to reach of train tracks. On the other hand, bicycle couriers can maneuver oneself to just about anywhere, but the capacity is limited to letters and very small items.

Cargo e-bikes meet the payload capacity and manoeuvrability in a perfect spot! No other vehicle or medium of transportation can move relatively heavy items, up to tens of kilograms, in close quarters like the cargo e-bike. The feline suppleness and carrying capacity of a mule combined are combined all in one in a cargo e-bike, if a proverb from the animal kingdom is to be used.

The size and scale of the logistics industry are hard to fathom. The number of daily deliveries worldwide is staggering and there’s a good reason to believe that it’s only going to grow from here side by side with ecommerce and general direction of consumer behavior, not to mention industrial needs.

If one would like to run the numbers in a very conservative way, let’s say that in the following years just 1-2% of the last mile deliveries would be done on a cargo e-bike, the number is still massive. Whoever gets here first and gets the process dialed all the way by the means of proper vehicle fleet, efficient control of the logistics chain and most importantly, by providing a viable green option beside the traditional means will certainly have the upper hand and the largest share of the market pie.

For example, it’s no secret that one company which shares the name of a rainforest located in South America is looking hard into new last mile delivery options. And they are not the only one. The big logistic players with the three-letter names are taking part in the same race.

When it comes to drive systems for cargo e-bike use, the Revonte ONE Drive System is very – or even the most relevant option in the market. Instead of just taking our word for it, consider the following benefits our drive system offers:

It’s worth noting that with the exception of the mid-drive feature, pros listed above are unique to the Revonte ONE Drive System. Currently, no other drive system can offer similar features.

Utility Vehicle of the Future

The fast-changing landscape of urban mobility is getting even more crowded, but still, goods and people need to move even faster and ever-tightening schedules. The new and increasing demands ask for new solutions. Cargo e-bikes are among those which has have been noted all the way in the mainstream media (e.g. Fully Charged show published on the 20th of October).

We are proud to be at the forefront of the green-colored technological advancement with the Revonte ONE Drive System, no matter if it’s about moving people, cargo, or both. Stay tuned for our next article about the subject.