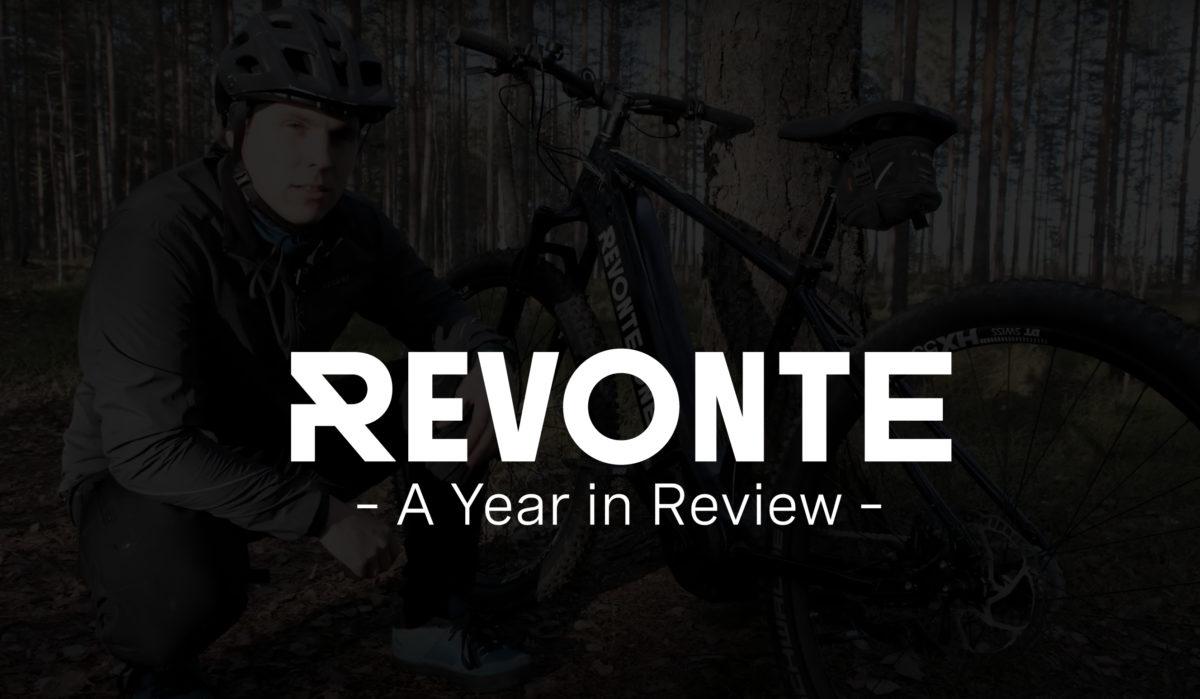 It can be said without any hesitation that the year 2020 was full of surprises, rapidly changing situations, stretched deadlines, and general disarray. We kept our head low, concentrated on the tasks at hand, and continued developing the Revonte ONE Drive System for the upcoming launch in 2021.

Here’s a summary of what happened during 2020.

A lot of things can take place within a year. This is especially true when developing a new and innovative product in a competitive environment. Steady progress and occasional challenges were accompanied with big breakthroughs and new partnerships.

Read the following list to know the essentials of Revonte in 2020.

During the first quarter of the year we announced our partnership with the innovative – even disruptive – company from the UK named EAV. Their forward-thinking concept of cargo e-bikes has set the pace for the whole industry. Cargo e-bikes solve the last-mile dilemma and EAV’s range covers every imaginable need and purpose.

Also, a story about our Drive System run on Pinkbike. If you’re interested of knowing what’ inside the Revonte Drive Unit, this is the one to read.

Simple, minimalistic, even elegant – those were some of the design goals of the Revonte Controller. We purposefully decided to go screenless with the design which leaves the final decision to the user. After all, configurability is in our DNA and the Controller is in line with that.

Instead of occupying more space from the usually crowded cockpit, we take the opposite approach. Two brake levers, and the Revonte Controller forms the complete interface between the bike and the rider. No separate trigger or shifter for the gears are needed. Less is more.

To answer the inquiries we built a prototype with the industry-leading Gates carbon belt.

An energy storage is needed to employ the features of the automatic and stepless features of the Revonte ONE Drive System. To make everything right from the start we decided to partner up with class-leading German battery manufacturer Akku Vision GmbH, and develop our own battery.

Meet Revonte AKKU 5 and AKKU 7. Both models share the latest Li-ion technology and physical dimensions to meet every need and price point in the market. A unique feature is the smart battery management system which makes it possible to connect up to four batteries with the combined capacity of over 2.8kWh!

Eurobike gets cancelled. First the premier event was postponed, and eventually cancelled. This was unfortunate since we had made big preparations for the upcoming show and were looking forward to it.

Revonte GmbH – a German subsidiary! To meet the demands of the European market we established a German branch to the ever-growing needs of the European e-bike market. Mr. Uwe Daniel, a long-time member of our team, was appointed as the CEO of the new company.

Cargo e-bikes are picking up and big time! An interesting development took place in a short timespan; cargo e-bikes rose to the position of becoming almost an industry leader. Our partner EAV is in the forefront of this movement and providing solutions to the challenges faced in the logistic chain. It’s not a coincidence that the Revonte ONE Drive System is the drive system of choice for cargo e-bikes.

We are looking forward to the year 2021 and we believe we aren’t the only one.

The release of the long awaited Revonte test ride video saw its premiere in December. Besides some test ride material the video included a general update of the past year.

See what’s up with the Revonte ONE Drive System by viewing the video. On that note, see you next year!